How to Recruit Up Even if You’re Broke 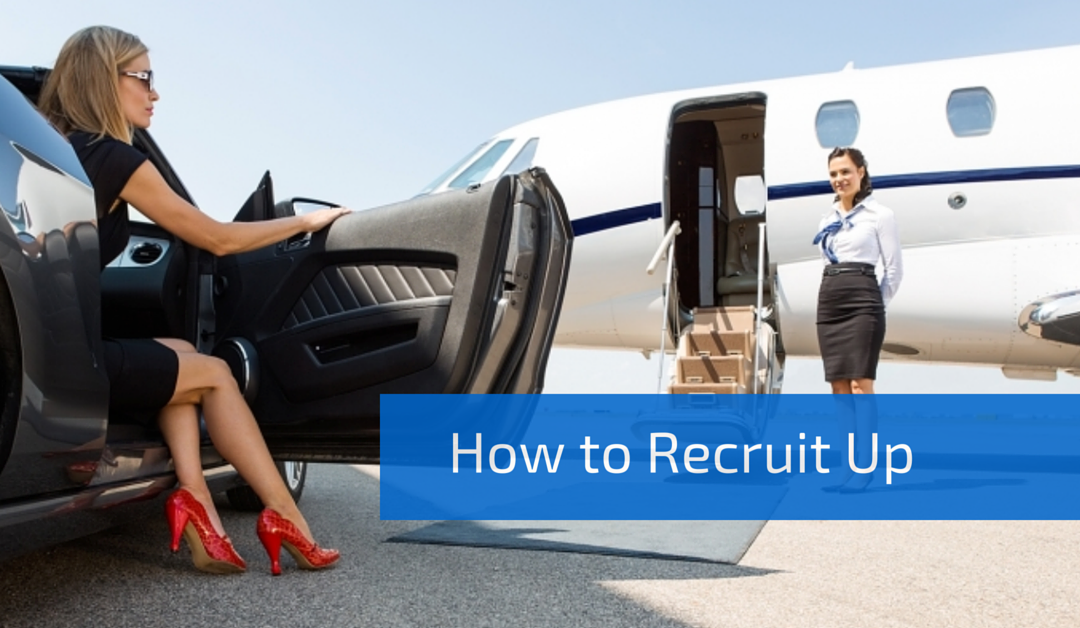 When people are new to network marketing, often they tend to recruit down instead of recruit up. Why is that?

Getting a new person started usually comes with this question: “Who is the first person you thought of that would be a fit for our business?”

And the first person they think of is that person who does not have a job, has been unsuccessful most of their life and is at home right now watching Cops. The new person thinks they would be a great prospect because they need this business.

You will find a lot of people that need this business. The new person in network marketing is thinking, “Who is broker than me? Who is desperately needing money more than I do? That’s the person I need to talk to.”

Tips on Closing in a Group

How to Increase Your Closing Ratios

Recruit Up to Get Rid of Broke-Minded

There’s a difference in broke and broke-minded, for sure. Somebody can be temporarily broke but have an entrepreneurial mindset that they know that they can make it again. Donald Trump is a great example of that. He has made it, lost it, made it, lost it many times. So has my dad’s business partner. They know how to make money even when they lose it. So they’re just broke temporarily.

But broke-minded is a mentality. That is someone who can’t see the forest for the trees. They can’t see the big picture. They can’t understand that this investment that they’re making could change their whole life. That is someone you really don’t want in your business. If you don’t recruit UP, but bring in people that are broke-minded, people that don’t have that successful mindset, you are going to have a very slow-growing team if you have a growing team at all.

You want to recruit leaders. You want to find people that are open and entrepreneurial.  Even if they’re not already an entrepreneur, they have that mindset that they want more and they’re willing to do something about it.  Recruit up to find the leaders so you can grow your team. This is about building a stable residual income. That happens when you bring in people that are more successful than you. They see it, get started and go to the moon and back. That’s who you want in your business.

Be the Messenger When You Recruit Up

Think about Bill Gates, Steve Jobs or Sir Richard Branson. They had ideas and they went to people with their ideas. They had not made a dime yet with the idea, but they knew they had a concept and an idea that was going to work.  They basically painted a picture for these open-minded individuals who would invest with them. Some people didn’t. In the case of Bill Gates and Steve Jobs, there were people who did not say “yes” to their idea. They’re really regretting it now for sure, but the people that did actually benefited greatly.

Key word is “open,” not closed. Too many times we, in network marketing, are trying desperately to open CLOSED people.

Key word is “successful,” not broke-minded. So when you’re looking for people to talk to, look for those kind of people. The people that are going to see it, not just the people who need it.

Did you enjoy this tip?  Did it bring you some value?  If you did, let me know, leave me a comment and sharing on Facebook and Twitter with your friends.