Is This Fear Holding You Back? 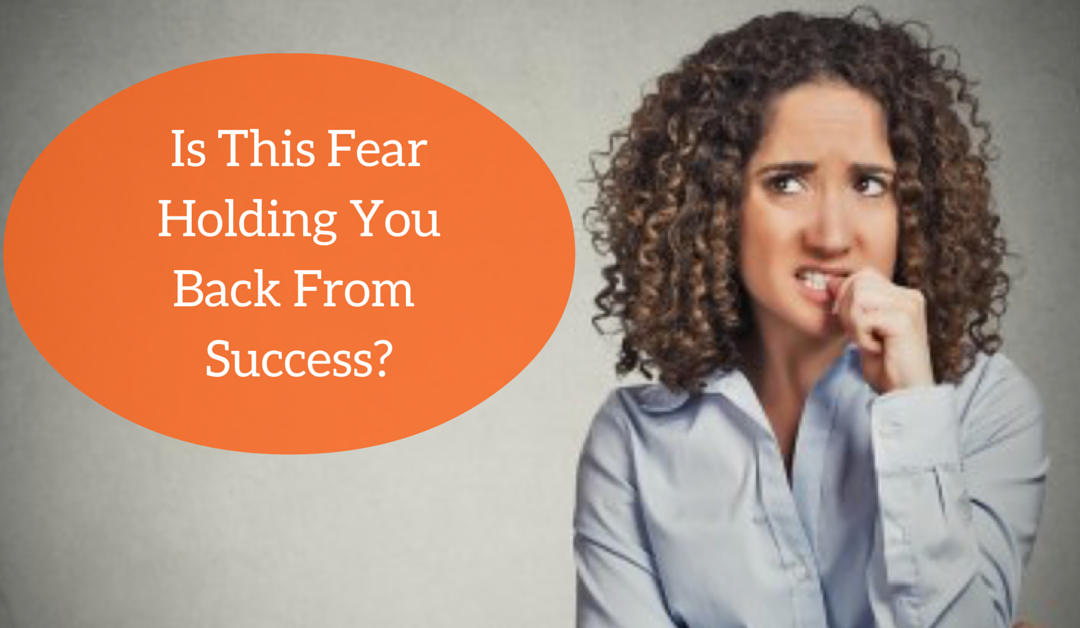 What is this one fear holding you back from success? I have been rereading and listening to the audio of Think and Grow Rich and I recommend it highly because the book is amazing. Napoleon Hill took 25 years to study the most successful people on the planet. He was commissioned by Andrew Carnegie to do this study and during his work, he realized and documented that successful people had certain qualities similar to each other.

In his chapter on persistence, he talks about 16 symptoms of weaknesses of persistence that you may have and he encourages you to take a long look in the mirror and see if you have any of these and to start to correct them. This one is the biggest one. He actually mentioned it last but he said it really should be on the top of the list because it is that huge.

Criticism: The Fear Holding You Back

The fear of criticism is so subconscious sometimes, people don’t even realize it’s getting in the way. Are you so worried about what other people think that you won’t take action in your business? I have to admit that actually happened to me in the beginning. I don’t know why but I did not even want my husband to hear me on the phone with prospects. I have no idea why that was a big deal but that was almost a subconscious fear of criticism. I needed to get rid of that and just get on the phone. This fear of criticism will make people refuse to take chances in their network marketing business.  They may

“The time to nurse an idea is at the time of its birth. Every minute it lives, gives it a better chance of surviving.” ~~ Napoleon Hill

An Affirmation to Help Your Mindset

Action: The Way to Conquer The Fear Holding You Back

Criticism can kill an idea before it reaches this stage. In your business, you want to get your people acting rather than thinking. When you get someone started, the first 24 to 48 hours is the most critical in their business because that’s when they’re most excited. They’ve got their dreams in view and they’re ready to go for it.  You want to be with them and help them through that process. When they get a little criticism (and they’re going to), you want to immunize them and let them know, “Hey, people may criticize your ambition but keep going, it’s worth it. You know why you are doing this. Remember that and focus on your dreams and goals.”

At the end of your life, you’re the one who is going to look back and go, did I do it? Did I play big? Or did I let other people control my actions and my life?

Be the one that says, “Thank you for your feedback, but I’m going to do this anyway because this is what I need to do for me and my family.”

Don’t let the fear of criticism hold you back. It’s a big one. It’s been around forever. And you can conquer it.
Did you enjoy this post? Did you get some value? Let me know by leaving me a comment below and

P.S.: Need More Help with Your Mindset? Check out this course…CLICK HERE