Why Do People Quit Network Marketing? 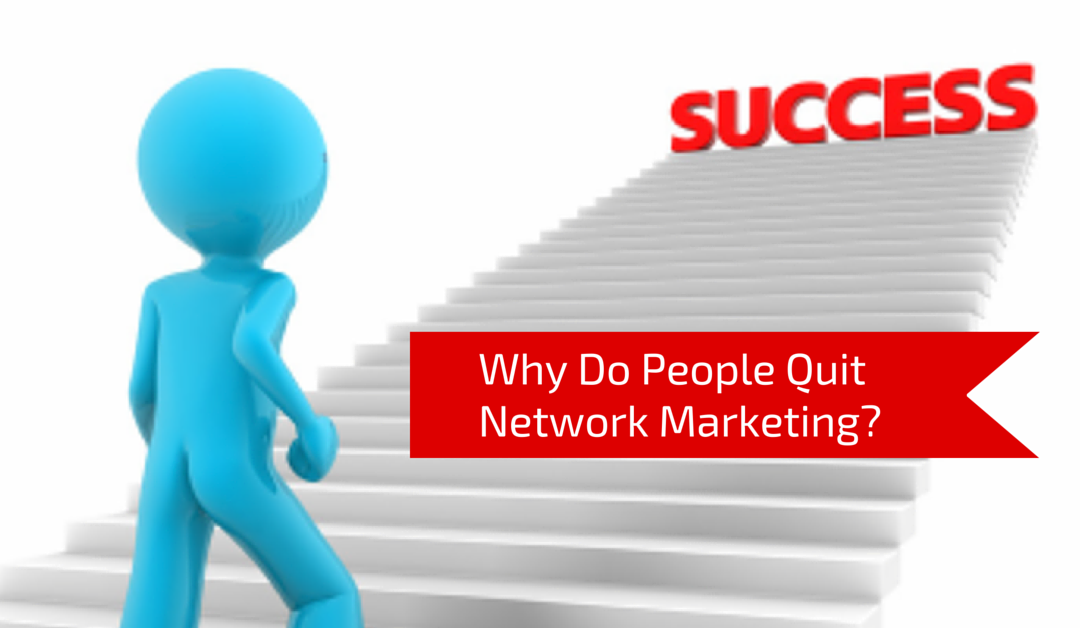 Why do people quit network marketing?

If you’ve been recruiting and sponsoring people in your network marketing business, you’ve probably had this happen because the 80/20 rule is alive and well. People quit things all the time. I’m doing this video in January just after the 1st of the year and there are millions of people who made a New Year’s resolution to

Unfortunately,  alot of them have already given up on those New Year’s resolutions and we’re not even 2 weeks in!

Why do people do that?

You can never figure that out. Don’t even spend the time and energy worrying about it. What you need to do is keep sponsoring, and keep recruiting, and keep finding people. The NFL has never stopped recruiting, have they? Most businesses on the planet are always hiring, almost always accepting applications and resumes. They do this because it’s a universal truth that people just quit things. People give up on things, and your network marketing business is no different. This is something that was really hard for me to learn, that when people say they’re going to do something, you actually need to step back and watch what they do. That was hard because I’m a person of my word.

When I say I’m going to do something, when it comes out of my mouth, it’s pretty much done, but there are a lot of people who are not that way. It was really difficult and very frustrating for me in the beginning to understand that, but now I do. I understand that people have great intentions, they really want to make things work, but they just may not. Life gets in the way sometimes for some people usually because their vision isn’t strong enough. They haven’t really clarified where they wanted to go. This was case in point. I was in an online class for the last 8 weeks, and there were, I think, over 200 people that signed up for this, paid a lot of money to be in this challenge online and to be on the webinars, to compete for points and all that kind of stuff.

Now I did not win the contest, and I will say for sure that I did not do as well as I could have. I know why I didn’t. I had other things going on, but I can say that there were a lot of people who gave up in the first week. They actually didn’t even show up, were never on a webinar, never contacted their accountability partner. That was a really great indication that is not just in my company. It’s really everywhere because there were people of all different network marketing companies in this class. It was just a universal truth that people quit things, and they may do that in their business. I don’t want you to be discouraged, just know that if they stick around that’s awesome. You want to love them where they are.

Create a “Sticky” Culture So They Won’t Quit Network Marketing

You want to create an atmosphere that they want to be in, so that if down the line they wake up, or I as I say pop back up, then you’ve got a great place for them to be. You welcome them with open arms, and you’re ready to help them grow their business when they are ready to do it.  Keep working with those that are ready right now, have great recognition and a culture they really want to be a part of.

But if you have others that are still trying to figure that out, you move on, and you find people who are ready now. That’s how your network marketing business is going to grow, and it’s going to explode. Just remember, the 80/20 rule is alive and well.

Why do people quit? I don’t know. Don’t sign up for that class and just keep moving. Keep looking for those people that want something now and they’re willing to do something about it.

Did you enjoy this post? Did you get some value? Let me know by leaving me a comment below and

<<<<<======= over to the left of this page on Facebook and Twitter or any of your other favorite social media hangouts.