How to Become an Authority When You Lack Credibility 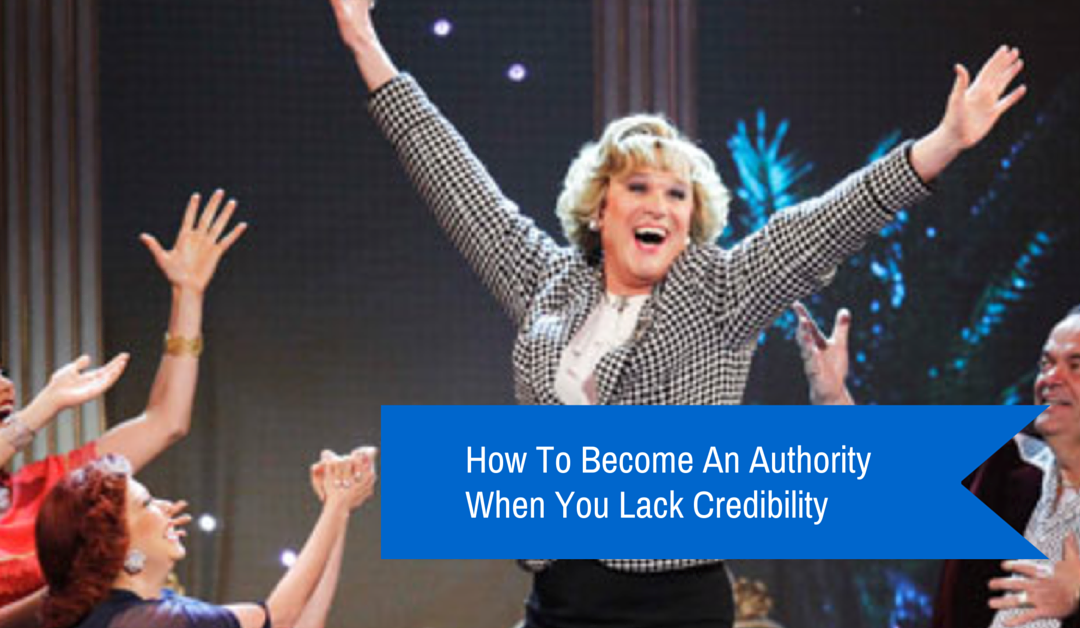 So do you have one of those leaders in your company that gets up and says:

“I don’t know how I got here to the top, I just talked to my 5 closest buddies and we got busy”.
And you want to just throw up? Yep that was me too.

That guy or gal was already an authority and had credibility.

I didn’t have “5 close buddies” who would call me back, not even knowing why I was calling.

I could’ve been in the hospital or something and it wouldn’t even have mattered. That’s how little credibility I had with the people knew me.

I also had very successful traditional entrepreneurs around me who were not listening because, in their eyes, they had more success than me so what could I possibly have to offer them in the way of making money?

They already thought they knew more than me.

So I had to figure this thing out. I had heard Jim Rohn say “For things to get better, YOU have to get better.”

I did get better…much much better to the point of being asked to speak all over my company meetings, conference calls, and trainings.

But I still wasn’t really increasing my income until I learned how to become an authority.
There are several steps to becoming an authority.

There’s so much here, that I’ll need to break it up into several posts but let’s talk about the first step.

You’ve got to create a vision that PULLS you into action to become an authority.

You need to ask yourself some questions:
1. Who do I want to become?
2. How do I want to be known?
Stop focusing on the money you want to make, instead focus on WHO you will be.

Who is that “better” or “future” person that makes that kind of money?

How do they act?

What do they do?

Here’s a really good gut check: Can you see yourself in a better situation without justifying where you currently are?

You have to suspend your disbelief to become an authority.

Your disbelief is usually based on your current situation, which has absolutely nothing to do with where you’re headed.

You must see yourself as that “better” person, in a situation that is getting better all the time…or it never will.

If you focus on your current view, it will never change.

Now I know, this can be difficult to imagine, but start trying to really see yourself as the future self, not the present.

A really great book that is a must read for anyone wanting to become an authority, transform and live life to the fullest is

If you haven’t read it, go get it. If you have read it, read it again (that’s what I’m doing right now).

Another great tip:  write down your vision, in present tense on a note card.  Take a picture of it and keep it in your phone in an album titled “my vision”.  Read it aloud to yourself several times per day.  The mind only knows what we feed it, so feed it where you want to go, not where you are.

This is only the first step to become an authority when you lack credibility but it’s probably the most important one.

Your mindset is the foundation that all the other steps work from….so let’s get it RIGHT!!

My desire for you is that you realize that you are extraordinary and designed to live abundantly and radically to impact.

You can do that when you become an authority 🙂

and even share your vision note card pic with me!

P.S.: If you know anyone (including yourself) who wants to become an authority and DIVE DEEPER into these steps and even catapult their income into the stratosphere with it, check out the full course by Ray Higdon here.