How To Recruit More Leaders Into Your Network Marketing Business 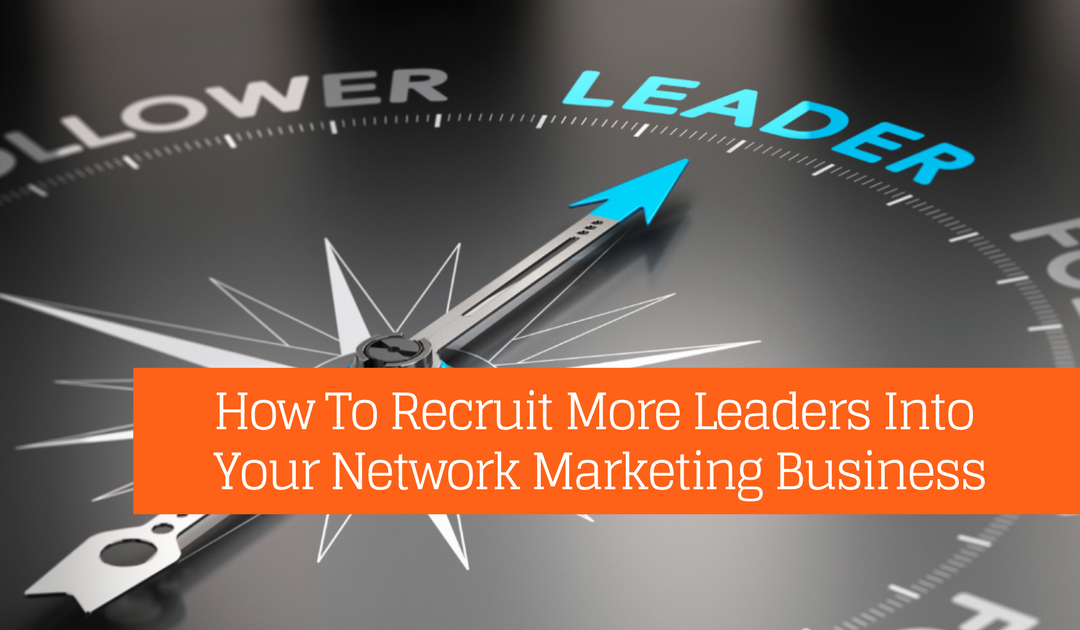 Would you like to recruit more leaders into your network marketing business?

I listened to a podcast that Ray Higdon did recently and it really spoke to me about why I may not have as many leaders in my business and the things that I have actually done wrong in the past few years. And you may be doing the same thing.

On this podcast, Ray mentioned that he watched a video by Eric Worre where he was talking about what we usually do wrong in network marketing prospecting that can turn ambitious successful people off. I know that I’ve done this myself and I’m curious to know if you’ve done this too.

How many times have you been in your company’s presentation and heard something like this?

All of that may sound great but if you want to recruit more leaders, like someone who has built a traditional business or a franchise, that may raise their barriers of resistance. Why? Because everything they’ve ever done in their life to be successful, they had to work for. When someone tells them that they don’t have to work that much, that all they have to do is find a couple of people and they’re going to get rich, they’re going to throw up some red flags, and they won’t necessarily believe you.

Here are Two Top Traits of Leaders in Network Marketing

The reason they probably don’t believe you is it’s really not true, is it?

When I got started in my network marketing business, I sought out a mentor to help me recruit more leaders because I was pretty bad at recruiting. I came from a sales background and people would see me coming. They’d say, “Don’t talk to me. Don’t try to sell me anything.” So to recruit more leaders, I had to learn how to recruit in network marketing, not sell. I could close ice to an Eskimo. I could sell my way out of a paper bag. I could walk in a room and own it in sales. I quickly realized those were not the skills I needed to be successful in network marketing though.

My first mentor named Dani Johnson, who was referred to me by my sponsor in my business . I started investing in myself to learn the skills of recruiting and prospecting. She was the first place that I heard some of these words that Ray Higdon is talking about in this podcast, about how to recruit more leaders by telling them the truth.

That’s actually not a good thing to say at all because you’re teaching them a lottery mentality and you’re building an adult daycare. That’s crazy. You’re giving them expectations that they really don’t have to go to work. I’ve done that before and it’s exhausting. It takes all the energy out of you.

Instead, tell them they may have to work their face off and that there are no guarantees.

What are you teaching that person? If they are a successful person, then they’re going to look at you funny like, “I don’t even have to do my own work?” It doesn’t make any sense to them. Furthermore, could you really do this if you had a team of 1,000 people? Of course not, so start thinking as if you did and you’ll become more duplicable and scalable with your business.

Someone who has had success in their life knows they’re going to have to go to work. I have had some successful people actually say “Am I really going to have to go to some meetings or am I going to have to talk to some people?” I used to shy away from this because of my sales background. I just wanted to close the deal. I wanted to get them in the business. I would give them all kinds of nuances and excuses and try to make it sound more rosy than it is and I realized I was turning off leaders. I was turning off the very people that I wanted to have in my business.

The better posture is to tell them the truth, that yes, they WILL need to plug in to build their business. If they don’t want to do this, they either haven’t seen enough value yet or they’re not ready to change their situation.

Eric Worre has a six step close that is really great to help manage expectations,

One of the questions is:

“How much money would you need to make for this to be worth your time?”

“I want to make $10,000 my first month, and I only want to work 15 minutes a day,” then you’ve got a disconnect there and an opportunity to manage expectations. Recognize that you’ve got someone who doesn’t want to do a lot of work but they want to make a lot of money. You want to ask them this question:

“How much money do you make right now?”

“How do you think that’s going to work if you’re only working 15 minutes in this but you’re expecting to make $10,000 a month? That is an unrealistic expectation. We need to either decrease your expected income or increase the time you can devote to building this business.”

Let them know that’s okay. No problem. See you later. Have a nice life. You do not need them in your business.

“You need people, you just don’t need any one person in your business.” ~~ Cesar Rodriquez

You need to have the posture right from the start, whether you’ve made a dime or not, to recruit more leaders. Articulate your vision of where your team is going to be in the next 12 months. For example:

“I will be helping five new leaders in my business create X amount of income or X amount of volume or revenue for the company by X date.”

People want to follow someone who’s going somewhere. Let them know where you’re going, what your plans are, to see if they want to be a part of those plans.

To Recruit More Leaders, Don’t Play to Their Smallness

Another thing that can happen if you don’t tell the truth is you may take a really great, ambitious person and turn them into someone that would lack drive and success in this business because you’re giving them the wrong impression. You could be allowing them to “play small”. You could take an otherwise successful person and if you hype them in, you could turn them into a lazy person by giving them the wrong expectations.

Instead, look them straight in the eye and say,

“Yes, you’re going to have to show up. Yes, you’re going to have to work. But I’m going to be right beside you locking arm in arm.  We’re going to be working together, but if you slack, I’m not sitting on the bench. I’m moving forward with the people who are moving and shaking and have a deep desire to change their future. It’s up to you what you build. The sky’s the limit if you want it to be. Everything is here for you if you want it, but you have to step up and make it happen every day, just like you have in other ventures where you’ve been successful. We’ve got all the tools in place. We’ve got everything that you need to be a huge success. The beautiful thing is, in this business, you can work a fraction of the time very hard and have incredible results. You can set up a residual income that can pay you year after year after year instead of working for 40 years and not having any residual income.”

That’s the trade off for ambitious, successful leaders. They may have created some success in their traditional business, franchise or C-level position, but they could be working 100 hours a week for the rest of their life to keep that level of success or income. Here in network marketing, they could work hard for a little bit of time, build something that’s going to be there for them for the long haul. They could build residual income, which I didn’t even know existed before this industry. Now, after having it, I don’t know how I could live without it. It’s amazing to have that every day, every month, coming in whether you get out of bed or not.

Is that worth working for? I believe it absolutely is.

So do the leaders that you’re talking to a favor.

Make the decision today that you’re going to be honest with your prospects, you’re going to let them know what it takes. If people turn away, if they say it’s not for them, you know what? You just saved them and yourself, time and energy and frustration.

They can now go on and find something that they may be happy doing.

Realize that you have something amazing to offer these leaders. They really need YOU and your company, not the other way around.

If they don’t see it, you can go recruit more leaders who are going to step up because you’re telling them the truth about what’s required to really make this work.

This has been on my heart for a few days and I wanted to share how to recruit more leaders because it meant a lot to me. It really hit home for me and I hope it did for you.

Did this bring you some value? Have you struggled to recruit more leaders?

Let me know, I’d love to hear your stories! 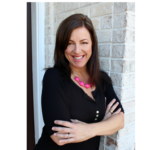